The “twin city” known as Budapest can lay claim to being the most beautiful capital in Europe. The city is full of surprises and wonders, with its lively downtown area, charming parks, and majestic river, the Danube, which gracefully divides Buda from Pest. In the hills of Buda, a largely residential area, you can enjoy the Royal Palace and historical houses of the Castle District. Or, on the flatland of Pest, the commercial and administrative centre, bustling with life and energy, you can enjoy the grand architecture built during the Austro-Hungarian Empire.

The Romans introduced public baths to their city here, an institution which was re-established by the Ottomans in the 16th and 17th century. Ever since locals have indulged themselves in the mineral-rich hot springs gushing from the earth beneath. Try the Széchenyi, Gellért, or Rudas baths and then immerse yourself in the buzzing night-life of Pest in the ‘ruin-pubs’ around Gozsdu Udvar, a passage teeming with restaurants and bars. Budapest is full of secrets to uncover.

Start your sightseeing on top of Buda, with the magnificent Royal Castle and the Castle District. Then visit Gellért Hill, a UNESCO World Heritage site, to enjoy a breath-taking view of the city. Do not miss the stately building on the Pest embankment, the Parliament, a Gothic Revival complex stretching imposingly along the Danube. For sacred wonders, visit the tallest building in the city, Saint Stephen's Basilica. Finally, Heroes' Square will give you a peek into the romantic past of the country and offer a stroll in the nearby City Park.

Finally, let us introduce the historic place of our Symposium, the Vigadó.

The building was opened in January 1833 with a grand ball, yet it was also a venue of highest culture. Both Johann Strauss, the Elder and the Younger and Ferenc Erkel (the composer of the Hungarian National Anthem) performed here several times. It was also here that Ferenc Liszt gave the first charity concert following the great flood of 1838 that devastated the city. 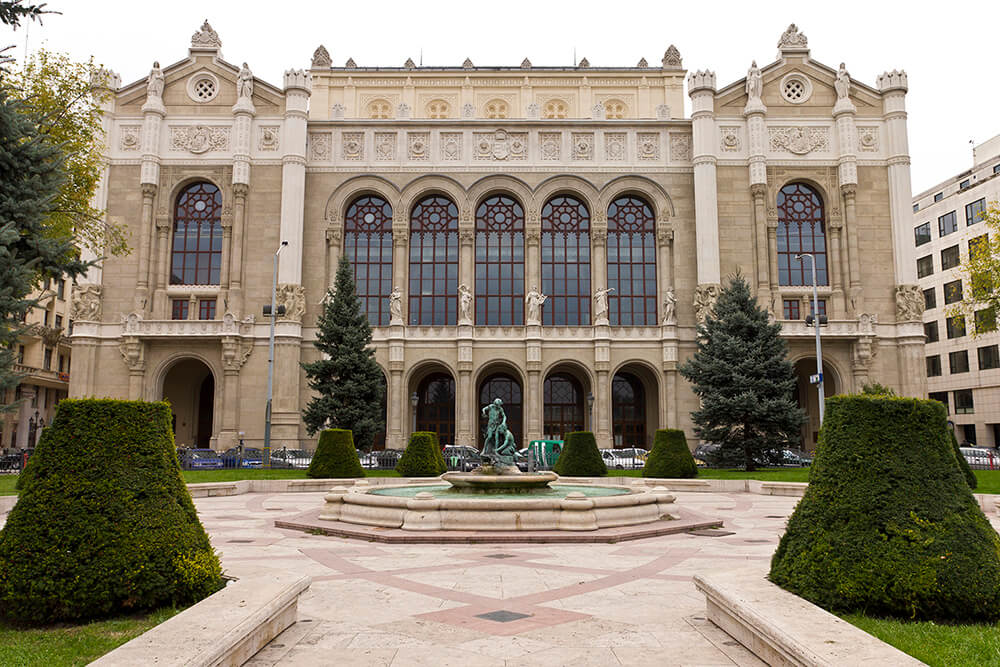 In 1867 Emperor Franz Joseph attended the banquet here in Vigadó to honour his coronation. Mascagni, Dvořak and Debussy are just some of the long list of people who performed at the Vigadó. As for Hungarians, Ernő Dohnányi had his first solo concert here and Béla Bartók made his debut here in 1905.

The façade of the palace is decorated by the Hungarian Coat of Arms as well as great figures from Hungarian history.

Since Vigadó has hosted such masters of their professions in the past, we thought it appropriate to organize our event in this renowned building with the participation of such people, who themselves are masters in their own profession, Dental Surgery.

Important:  Budapest is a busy city for conferences in autumn. Due to this, please book in time!

/the following hotels are nearby the Venue/

Restaurants near the Venue: